Enter your City name or Pincode

Beri is an important town and trading center in Jhajjar district of Haryana state. It is one of the constituencies of Haryana Vidhan Sabha. After Haryana was created on November 1966, the village came into limelight as the then Chief minister of Haryana, Dr Bhagwat Dayal Sharma belonged to this region. Beri is called the land of soldiers. General Dalbir Singh, the presently Army Chief is from this place. Beri village also gives many international level swimmers to India. There are many swimming coaches and D P’s generated from Beri. 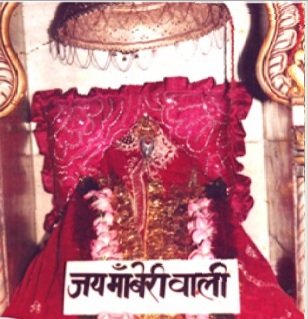 Beri is amongst important historical city of Haryana and cliams existence from pre-Mahabharata period. Bhimeshwari Temple is a famous pilgrim spot and tourist destination in Beri city. According to the well-known story, the temple got this name, as Bhima installed the idol of the goddess. Once there were many traders and business men in this village and now they have shifted to Hisar, Bhiwani, Hapur, Mumbai and Kolkata and other parts of the country. The largest cattle fair of India was held in Beri which has now shifted to adjacent village of Jahazgarh.

Beri is located in Jhajjar district of Haryana. The city is surrounded by Jhajjar Tehsil towards south, Matannail tehsil towards west, Sampla Tehsil towards east and Rohtak tehsil towards North. Jhajjar, Charkhi ari, Bahaurgarh and Rohtak are the nearby cities to Beri. Important villages near to the place include Bisahan, Wazirpur, Jahaz Garh, Gochhi an Bakra.

There is a huge fair held in Bhimeshwari Devi temple of Beri at the occasion of Navratra’s twice a year. Lakhs of devotees from all over the country visit the temple and worship the goddess in this occasion. The shops near the temple are decorated. Tying the nuptial knot before the goddess is a main ritual here done by newly married couples during this fair. Tonsure or mundan ceremony of small children is other important ritual. Devotees light ‘Jyoti’ of desi ghee an offer coconut and Prasad to the goddess. After taking the charge of the temple, Government have taken continuous efforts to beautify the temple.

Bhimeshwari Temple is a famous pilgrim spot and tourist destination in Beri city. According to the well-known story, the temple got this name, as Bhima installed the idol of the goddess. There is an interesting story behind the origin of the temple. Before the Kurukshetra battle started, Lord Krishna suggested Bhima to bring his Kuldevi to the battlefield and to seek her blessing. Bhima approached the Hinglay Mountain and prayed the goddess to move to the battle field. The goddess accepted his request on a condition that she would not proceed the journey, if Bhima dropped her down from his lap. But on the way, Bhima felt desire to relive himself and in order to do so placed the idol of the goddess under a tree of Beri. Then he felt thirsty, but was not able to see water nearby. Finally he dug the earth with his gada and took water. After that Bhima tried to lift the idol, but couln’t. So Bhima placed the goddess near the pond and went to Kurukshetra after getting blessing. After battle, when Ganhari reached the place, she saw her Kuldevi an erected the temple there. Even though the temple is ruined, the seat of the great goddess is still there.Since Mahabharata period, the process of moving goddess from outer to inner temple has been going on here. It was said that Maharshi Durvasa was residing in Dubaldhan around 8 km from here afraid of thieves. Every morning at 5 am, he would bring the idol of the goddess in the outer temple in his lap and return it in the inner temple at 12.00 noon, practise which continues even today.

Beri is situated on Gurgaon-Bhiwani-Hisar-Sirsa highway and so the city is easily accessible from other important cities like Bhiwani, Rohtak, Gurgaon, Hisar, Faridabad, Palwal, Sirsa, Ganganagar, Hanumangarh, Delhi, Jaipur and Chandigarh etc. Indira Gandhi International Airport is located at 53.2 km distance. Jhajjar station, which is just 13 km away from Beri, is the nearest railway station. Rohtak (30 km), Bhiwani (45 km), Rewari (60 km) and Delhi (60 km) are the major railway stations near to Beri city.Buses are available to the nearby towns and villages at regular intervals from Beri bus stand. Taxis auto rickshaws are also available for more convenient road transportation.

Are you a Business Owner?

Add the products or services you offer